Many people in the world have heroes and a special few are heroes. I’d like to share a couple of my heroes with you.

One of my heroes is Cassie Bernall. 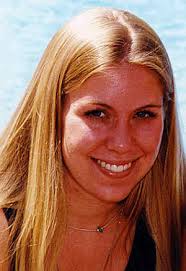 Cassie Bernall was a female student who was killed at the age of 17 in the Columbine High School massacre on April 20, 1999. It was reported by another student that Cassie was asked whether or not if she believed in God before she was murdered and she said, “Yes.” Then, her killers asked her why, but shot her in the head before she could answer.

Before Cassie asked God into her heart, she hung out with the wrong crowd, had suicidal thoughts, and hated God and her family deeply. When God came into her life, she changed. She was a true follower of Christ.

Cassie is my hero because she wasn’t afraid of telling people about God. She said yes even though she knew that it could cost her life. She said yes, and she stood strong. I admire Cassie, and hope to be like her. I know it won’t be easy, but I know it’s for God, and that’s all that matters.

I encourage you to read the book, She Said Yes: The Unlikely Martyrdom of Cassie Bernall,  written by Cassie’s mother, Misty Bernall. The book talks about Cassie’s fate and her life before April 20th and how she came to know Christ. I hope that you all stay strong and no matter what, say yes like Cassie did.

Another one of my heroes is Bethany Hamilton.

Bethany is a christian American professional surfer who loves the ocean. She started competitive surfing at age 8, and by age 9 she had earned her first sponsorship. In May 2003, she won both the open division of Hawaii’s Local Motion/Ezekiel Surf Into Summer event and age group. Not too long afterward, she finished second in the open women’s division of the National Scholastic Surfing Association National Championships at San Clemente, California.

Bethany Hamilton survived a shark attack in 2003 at the age 13. Her left arm was bitten off by the shark, so she was hurried to Wilcox Memorial Hospital. Although she lost about 60 percent of her blood following the attack and had several surgeries, her health began to improve and she was released after a few days.

Being left with only one arm, Bethany was given the doubt of ever surfing again. She did not give up, though. Although she struggled, Bethany kept practicing surfing, until she became as good as she was before… maybe even better.

Bethany is my hero because she inspires me to never give up. Although there was a big chance that she could never surf again, she kept trying and practicing and eventually became an American professional surfer who inspires millions of people and is known all over the world. She trusted in the Lord and never gave up. I hope that I can get the perseverance that she had.

There is a movie Soul Surfer and a book called Soul Surfer (written by Bethany Hamilton) that I have both watched and read. The movie and book are both great, and I recommend them to you. Be like Bethany and don’t lose hope.

Think about who your heroes are. Why are they your heroes? How can you try to be more like them?

Everybody has at least one hero; whether it’s your grandma or Taylor Swift. You may not know it, but you might even be a hero to someone.

☼ My name is Ella Bonny Jacobs and I love pineapples. I have been living and loving life for 12 years. My family does foster care and I love spreading God’s love to every kiddo who sets foot in my house. “Let us not be overcome by evil, but let us overcome evil with good.” (Romans 12:21) ☼ View all posts by sweeterthanpineapples